Archaeology in the Mantua area: The “Lovers of Valdaro”

An example of an untraditional tomb takes us back to the story of two young people buried together more than five centuries ago. 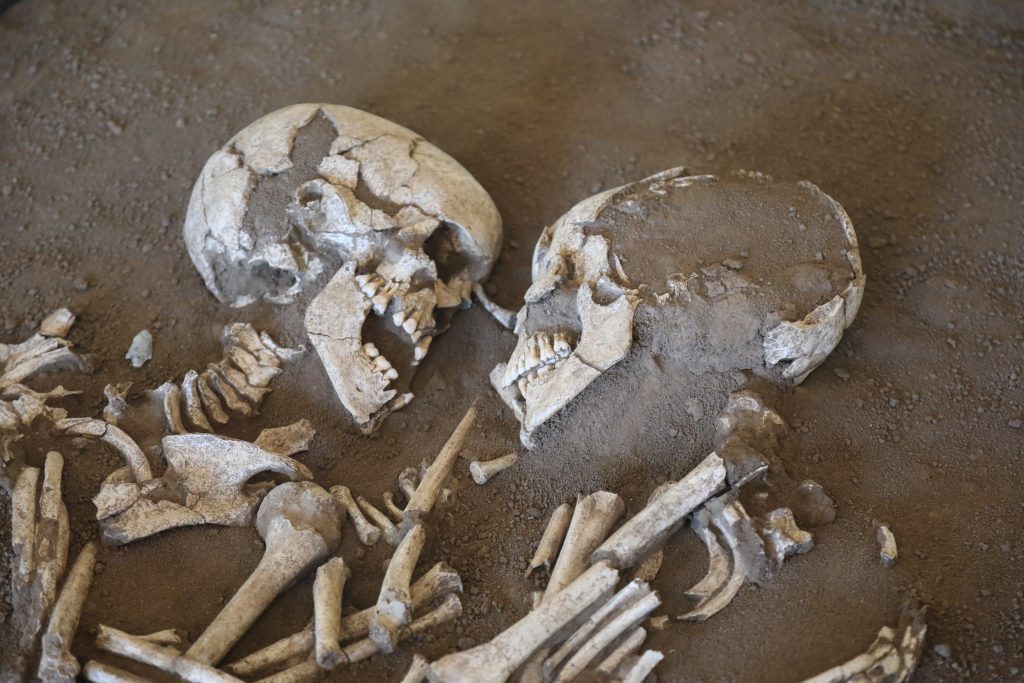 Those commonly known today as the “Lovers of Valdaro” are an example of a bisome tomb from the late Neolithic period: a symbolic image of the Archaeology Museum of Mantua that tells a story from approximately 5,500 years ago.

The term “bisome” indicates a tomb inside which two bodies are contained, in our case two young people who now appear to be locked in an embrace.

It is a particularly rare kind of tomb, and even more so if we consider that it contains two people of opposite sexes. But what is truly exceptional about this tomb is the position of the bodies: they are facing one another, that is, they are leaning in the same direction, and not lying in profile.

The embrace that has made them so famous is due to the decomposition of the canvases in which the two skeletons were once wrapped: once separate, they later moved one on top of the other, almost touching.

In line with the custom in the Bronze Age, the two bodies are in a crouching position, and are accompanied by a set of grave goods that includes material usually placed in the grave goods of men: arrow heads and a blade, perhaps of a dagger, in decorated flint. The apparent embrace of these two young people makes us imagine them as a kind of Romeo and Juliet of the Neolithic age and this is also the reason for the great charm of the two skeletons, which have continued to move us since 2007, when they were found during an archaeological dig in the Valdaroarea, just outside Mantua.