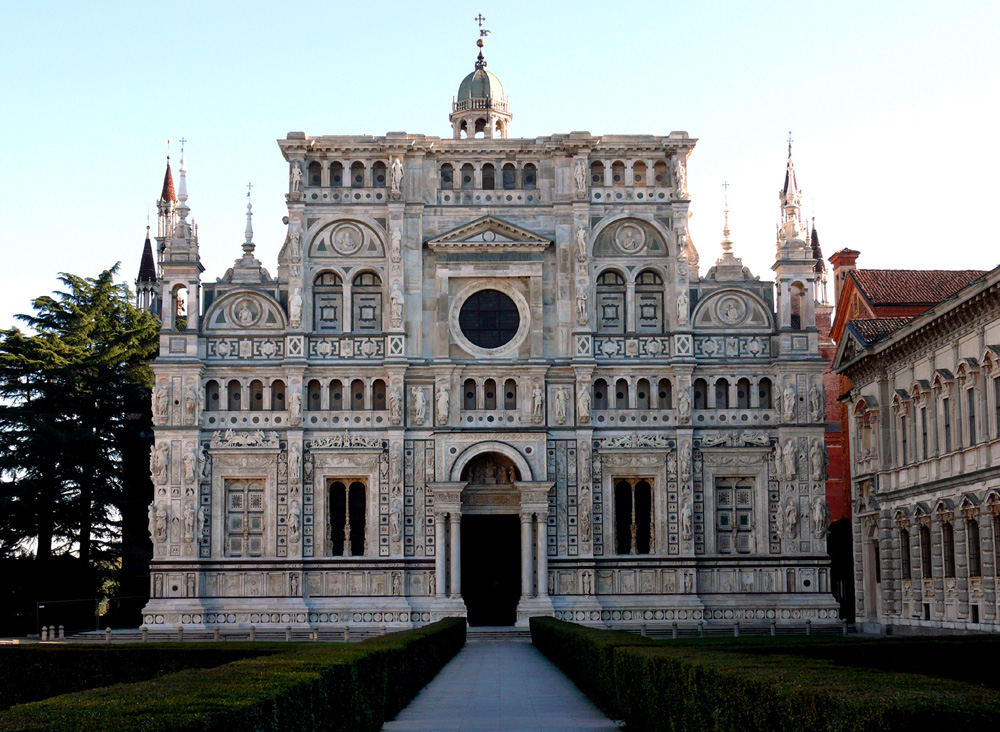 The Certosa di Pavia was built between the late 14th and the 15th century at the behest of Gian Galeazzo Visconti, lord of Milan. The church and convent were originally entrusted to the Carthusian community, then to the Cistercians, and for a brief period also to the Benedictines.
The idea to build a Museum of the Certosa originated in the late 19th century when restoration work began on the monument, directed by Luca Beltrami. The museum opened in 1911 with the installation created by Beltrami himself. However, it was closed the following year and permanently reopened only in 2008. 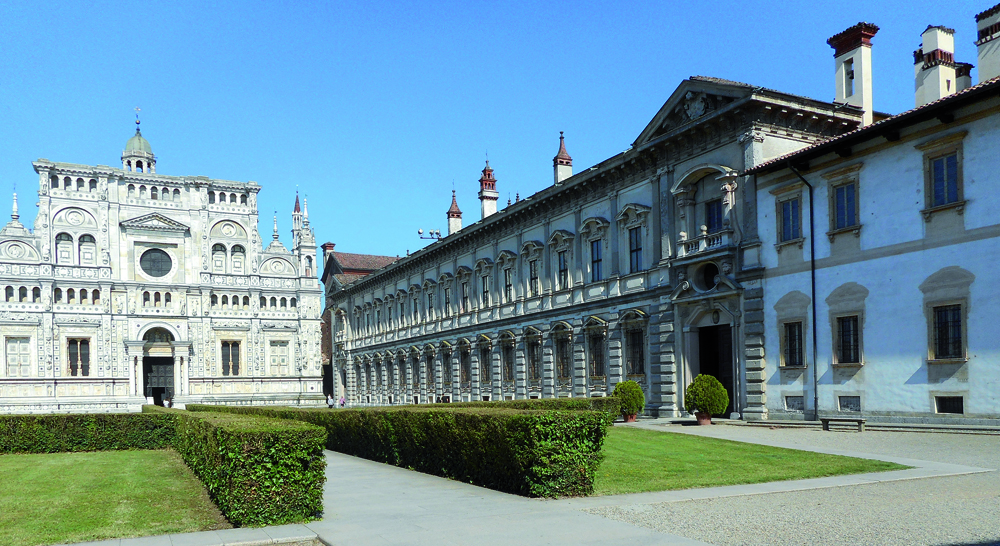 The Museum of the Certosa di Pavia is housed inside the Ducal Palace, the summer residence of the Visconti-Sforza family, which overlooks the large entrance courtyard of the Certosa. The building’s façade was modified in 1625 by the architect Francesco Maria Richini, who proposed an elegant solution, creating a linear succession of windows between pilaster strips, which give particular luminosity to the entire structure.

The museum collection is arranged on two floors. The ground floor contains the Gipsoteca (plaster cast gallery), recently renovated and equipped with an information system, with plaster casts of the reliefs of the church façade and of other works that decorated the monument. The first floor houses the Pinacoteca (picture gallery) and the collection of sculptures, in the installation designed by Luca Beltrami, as well as the frescoed Studiolo from the second half of the 16th century.

Other info: A maximum of 20 people will be allowed inside the museum every 30 minutes. * The opening hours of the museum depend on the opening and closing hours of the Certosa complex. For special openings, please visit the website of the Direzione regionale or the MIC and the museum’s official social media pages.

By car: From Milan: State Road 35 direction of Pavia; From Pavia: State Road for Milan, after the first traffic light, turn right; By train: Milan-Genoa Line, with local trains, station of Certosa; By coach: connected with Pavia (Via Trieste, opposite the train station) and with Milan (Famagosta).

Toilets are available at the museum, also with handicap access.